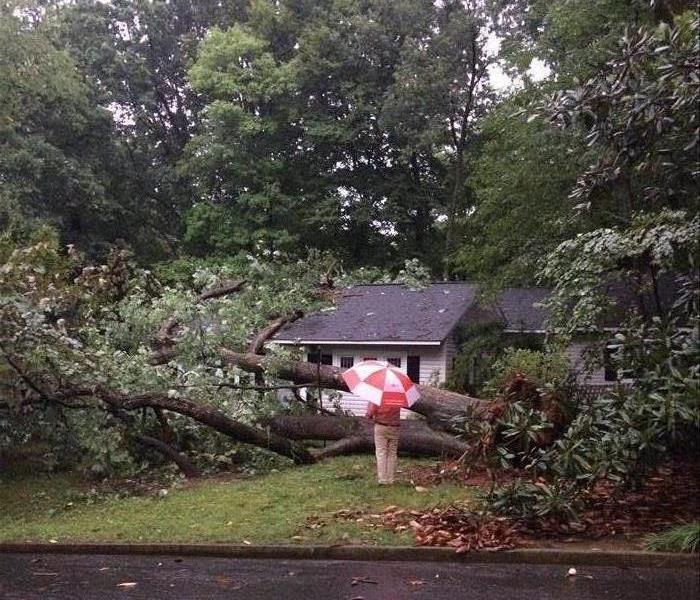 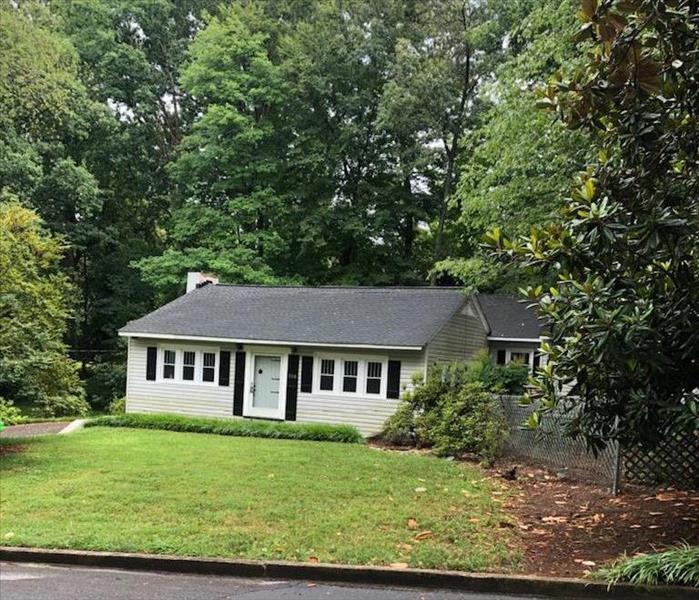 They say a picture is worth a thousand words and these photos tell it all! In the "before" picture we see the homeowner looking, in disbelief, at his home with a very large tree on top of it. The after picture shows all of the SERVPRO Team's hard work! The tree was removed and there was a very large hole in the roof that was tarped until it could be repaired. The crew had to replace beams in the attic to support the roof, they placed equipment in the attic to dry out the affected area. The water reached the inside of the home and began leaking through the cracked ceiling which required the team to cut out drywall, dry the area and replace the drywall. Needless to say, this was quite an extensive job and SERVPRO of Martinsville and Henry County handled it like a champ! Call SERVPRO of Martinsville and Henry County, we'll make it "Like it never even happened." 276-632-7276