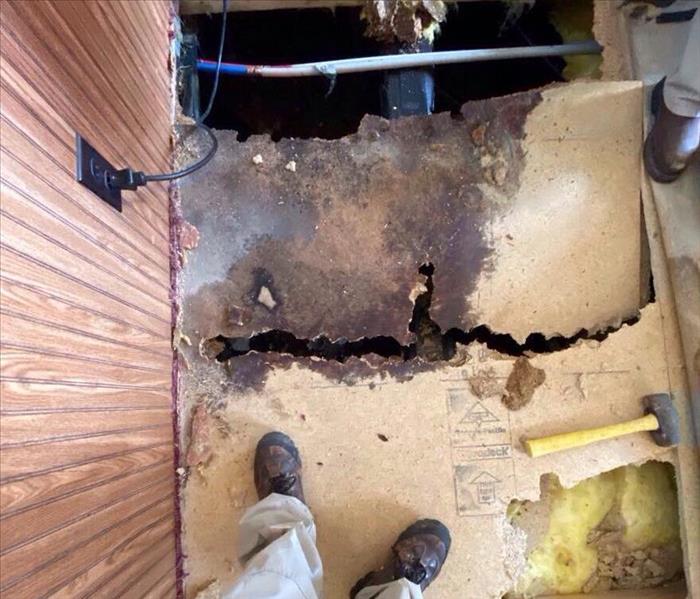 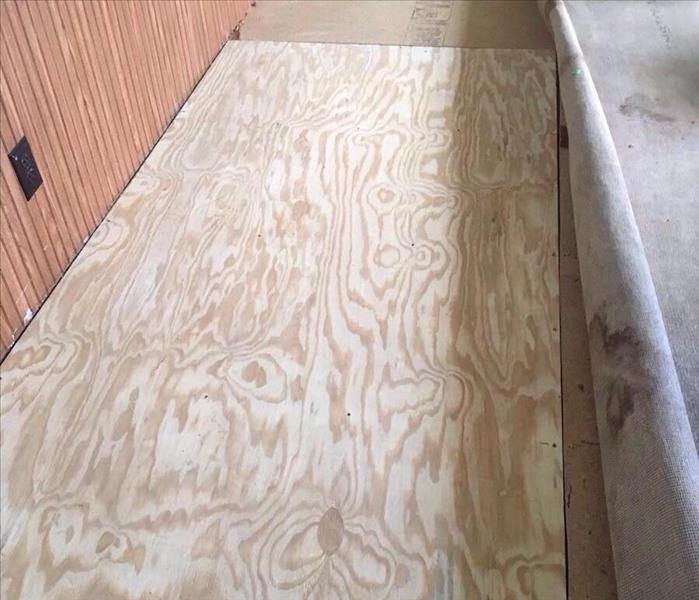 SERVPRO received a call about some saturated carpet in the living room, due to a leak in the bathroom which was located beside the living room area. The water from the leaking toilet had saturated the carpeting in the living room and the subfloor was beginning to giveaway. The customer had the leak fixed and called their insurance, so now it was time for us to do our part. The SERVPRO Team came in and removed the damaged flooring, placed equipment in the crawl space to dry out the underside of the affected area and replaced the flooring that was damaged. At the end of it all we had another very pleased customer! Call SERVPRO of Martinsville and Henry County, we'll make it "Like it never even happened."